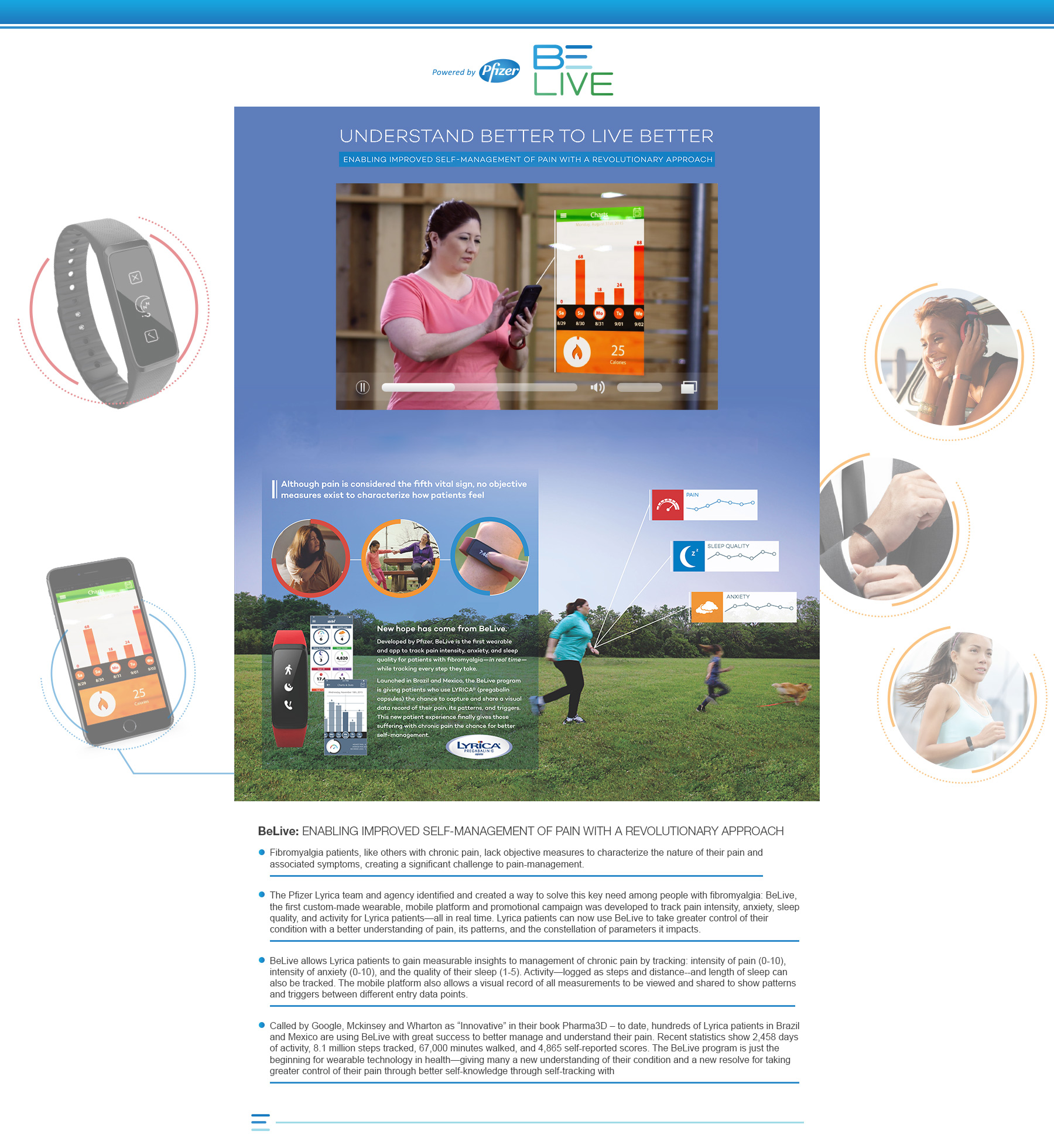 This landing page was a part of a multi-channel campaign to generate awareness of a wearable diarial app that allows fibromyalgia patients to track the intensity of their pain, anxiety, and sleep quality in real time. My role in its production was to create the webpage mockup.

While laying out the sections of the design and weaving the various elements together, my objective was to arrange the components in a clear hierarchy and direct the visual flow of the composition in the following pattern: a) hero, b) header, c) periphery, and d) footer. I wanted the hierarchical arrangement of the information to lead the viewer's eyes in a logical way to the desired outcome of bringing about an effective communication of the campaign's message.

I sought to fulfill this goal by assigning an appropriate level of emphasis to each element by means of different graphic treatments. For the hero, I extended the sky background to form a color block so as to encase the headline and the media player seamlessly. For the header, I placed a top border across the viewport and gave it further emphasis with a thick gradated top line. For the periphery, I ghosted its ornate icons so as to de-emphasize them.

This webpage was well-received, and the campaign received various industry awards, including the Hermes Creative Award.